Understand how ukulele scales are built

Western music uses twelve notes (the chromatic scale) that consist of seven natural notes (C, D, E, F, G, A, B) and five enharmonic notes (D♭, E♭, G♭, A♭, B♭). Each note is equidistant from its neighbors, separated by a semitone (or half-step) of the same size, and the interval distance of 12 half-steps is an octave. A scale represents a set of notes considered to span a single octave, with higher or lower octaves simply repeating the same pattern.
Every scale has a specific pattern created using formulas of Whole steps / Half-steps (Tones and Semi-tones), when selecting which notes will be used from the chromatic scale. By changing the first note (tonic or root note), then using the same pattern as a guide, you can construct the same scale in any other key.

Relative to a choice of tonic, the notes of a scale are often labeled with numbers recording how many scale steps above the tonic they are. This is what we call the scale formula. For example, the notes of the C major scale (C, D, E, F, G, A, B) can be labeled "1,2,3,4,5,6,7", reflecting the choice of C as tonic.

The study of scales should start with the major and minor scales or the pentatonic scales.

In music theory, a scale degree is the name of a particular note of a scale in relation to the tonic, the tonic being the first degree of the scale. 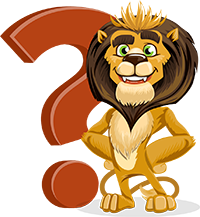